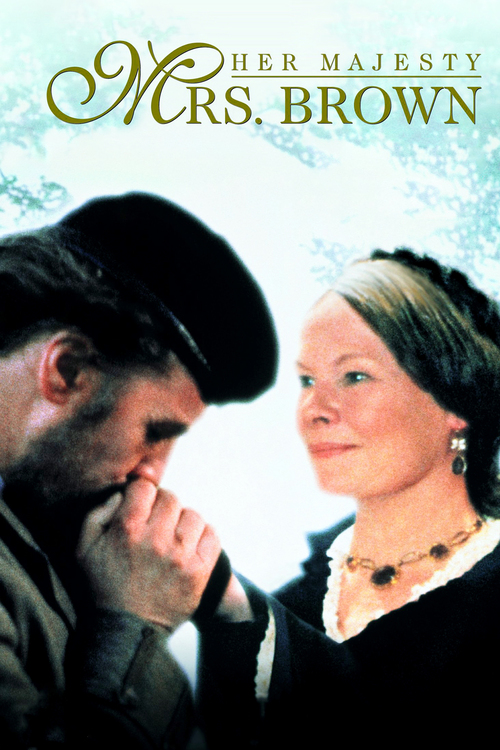 With the premature death of her beloved husband Prince Albert in the 1860s, Queen Victoria (Dench) has withdrawn from her subjects into a period of mourning and seclusion. A Scottish stable worker named John Brown (Connolly), whom Albert had admired, is summoned to the Queen's service. Brown's common-sense directness and strength gradually draw her out, and literally and figuratively, he places the Queen back on her horse, much to the consternation of the higher-ups in her Court.

"Mrs. Brown" beautifully recounts one of the most unconventional, unlikely romantic friendships in history. The close and affectionate bond that grows between Victoria and lower-class Highlander Brown scandalized Britain then, but will fascinate audiences now. The Oscar-nominated Dench is glorious to watch in a role that gilded her path to Hollywood, and brilliant comic Connolly shows he can act with the best of them. Loyal subjects, pay tribute to "Mrs. Brown."

Her Name Is Sabine