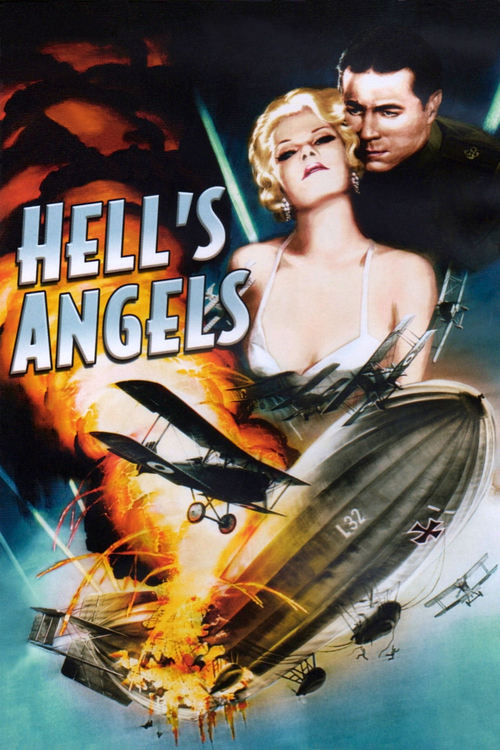 This high-flying adventure tells the dramatic story of two brothers, the weaselly Monte Rutledge (Lyon) and his more honorable sibling, Roy (Hall), who compete for the attentions of beautiful young socialite Helen (Harlow) while at Oxford. When the First World War breaks out, Monte and Roy promptly join the RAF and begin flying treacherous missions over German territory. As fate would have it, they will soon encounter an old acquaintance from earlier days with a well-earned grudge against Monte, a German who is now fighting for his homeland (Prival).

Forget the dated romantic intrigues on the ground, and see this for the bang-up aerial sequences, especially that breathtaking dogfight (with one plane flown by Howard Hughes himself), and a justifiably famous sequence involving a zeppelin attack over London. Plus, feast your eyes on youthful starlet-to-be Harlow, who's magnetic playing an alluring floozy. "Angels" was a triumph for aviator/producer Hughes critically (though not commercially, as the filming of those incredible stunts nearly broke the bank!). Take off with "Hell's Angels."