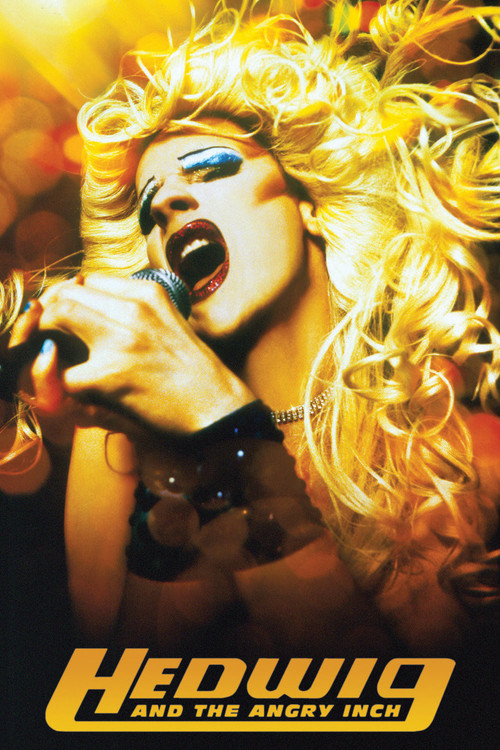 Hedwig and the Angry Inch

After a botched male-to-female sex-change operation leaves East German diva Hedwig (Mitchell) with an "angry inch," the rocking song stylist travels to America where she plays her music in Bilgewater's, a fast-food chain. By cruel coincidence, Tommy Gnosis (Pitt), the boy who broke Hedwig's heart and stole her songs, is playing in huge arenas nearby. What's a wronged transsexual to do? Sing, baby, sing.

John Cameron Mitchell directs and stars in this audaciously fun adaptation of his own gender-bending Off-Broadway musical, creating a kind of 21st-century answer to "The Rocky Horror Picture Show." Stephen Trask's fiery glam-rock tunes are full of Bowie-esque cheek and are wonderfully catchy, too. Mitchell's energetic direction brings this ambitious production to the edge of camp and back again, hooking us with its spirit, humor, and revelatory catharsis. (Still, it's assuredly not for all tastes.)

Heir To An Execution: A Grandaughter's Story