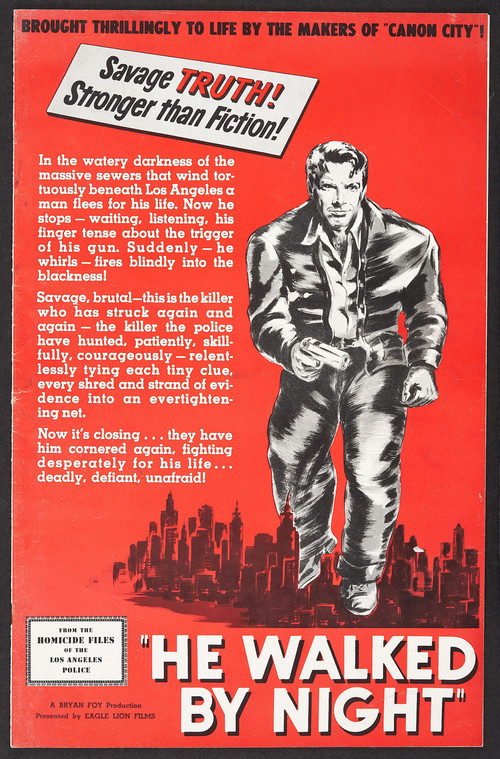 He Walked by Night

Psychotic thief Davis Morgan (Basehart) usually beats the cops at their own game by carefully covering his tracks and listening to the police band on his radio to avoid capture. But the creepy crook makes a colossal mistake when he kills an officer during a job, prompting grave lawman Sgt. Marty Brennan (Brady) and his team to hunt him relentlessly, with all the latest forensic techniques at their disposal.

The semi-documentary approach Director Mann pioneered within film noir, seen in both "T-Men" and "Naked City," was realized most effectively in this picture, which methodically follows a manhunt for a cop-killer. The film is extremely tight, plays out in chronological time, and climaxes with a brilliantly-shot sequence in a city sewer. The spooky, skin-crawling performance of Basehart as the baby-faced killer is reason enough to add this movie to your must-see list of noir masterworks.

He Who Gets Slapped