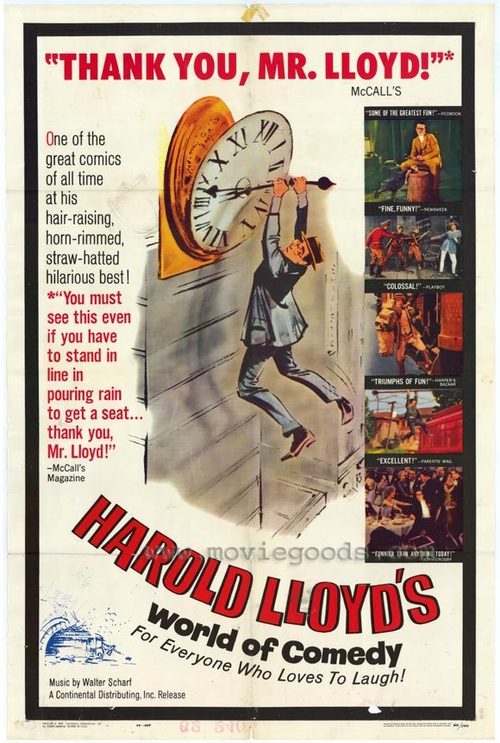 A master of silent comedy with an everyman persona, Harold Lloyd starred in well over a hundred one-reelers and features, many of which starred his alter ego, Max. Drawing on films like "Why Worry," "Hot Water," and "Girl Shy," this omnibus film gathers the funniest gags and most memorable bits from Lloyd's many screen appearances during the late teens and twenties.

Though few people today know his name, Lloyd was once ranked alongside Buster Keaton and Charlie Chaplin as the film world's funniest star, writer, and director. Here, we're treated to the train chase from "Professor Beware," Lloyd's fumbling with a magician's trick coat in "Movie Crazy," and of course, the indelible clock-hanging sequence from "Safety Last!" (done with no special effects). Full of frantic energy and comic verve, Lloyd was an anything-but-average guy with an incredible comic gift. Here's your chance to acquaint (or re-acquaint) yourself with this thrilling, hilarious artist.