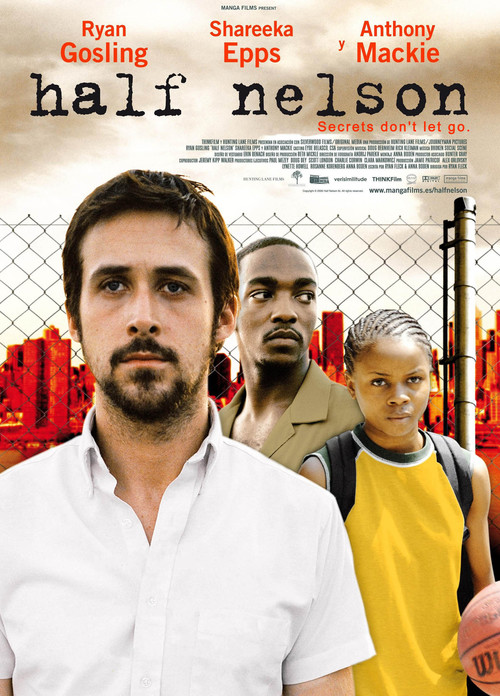 Seeking to impart real ideas instead of dry facts, eighth-grade history teacher Dan (Gosling) likes to engage his inner-city students in meaningful conversations; he has established a good rapport with most, especially Drey (Epps), a bright student whom he also coaches on the girls’ basketball team. But Dan's personal life is clouded by heavy drug use, a secret Drey soon discovers, purely by chance.

Gosling gives a fearless performance as the idealistic young educator who has a confident manner in the classroom, but whose addiction problem is starting to affect both his job performance and his friendship with Drey, played with a mix of sheepish charm and street-hardened intensity by Epps. Smart and stridently unsentimental, "Half Nelson" will get its grip on you.