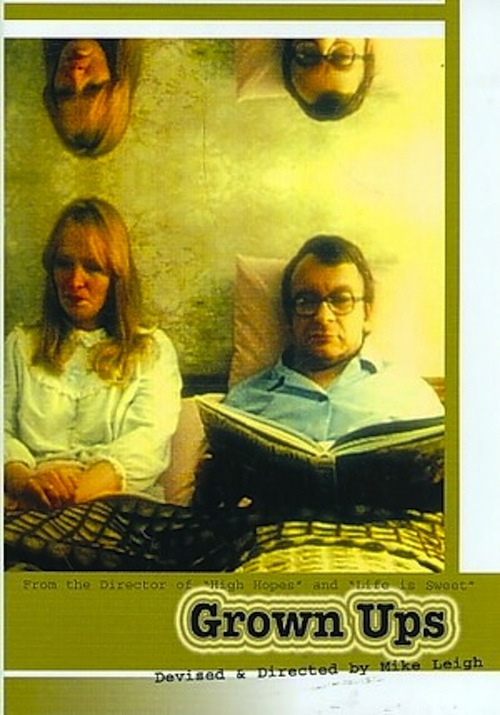 Working-class newlyweds Dick (Davis) and Mandy (Lesley Manville) move into their threadbare new row house in Canterbury with humble plans to perk it up but little motivation to do anything but smoke fags and have a pint at the local pub. Next door live stern, callous schoolteacher Mr. Butcher (Sam Kelly) and his good-natured but unhappy wife, Christine (Lindsay Duncan). Both couples' lives are turned inside out with the arrival of Mandy's desperately needy sister, Gloria (Blethyn), a fussy frump who longs to make herself indispensable to everyone.

This superbly acted film by English director Mike Leigh ("Naked") is a bleakly funny slice-of-life tale about two couples mired in somewhat depressing routines. Manville and Davis are delightfully dour as a bickering couple trying to decide whether or not to have a baby, while Kelly and Duncan's moribund, dysfunctional relationship is alternately hilarious and gut-wrenching to observe. But the film's greatest asset is Blethyn, whose showstopping meltdown on the Butchers' staircase is the work of a champion actress — one fully in touch with the depths of despair. "Grown Ups" is a sweetly madcap gem for the feeble-minded fussbudget in all of us.

Guerrilla: The Taking of Patty Hearst