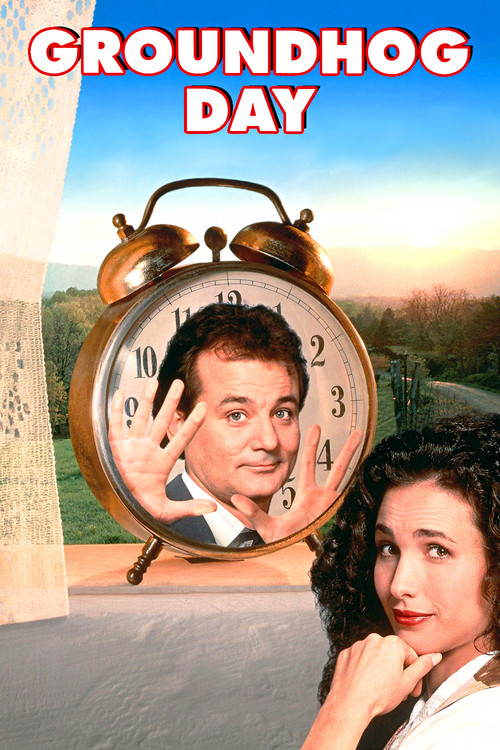 Sent to cover a local Groundhog Day festival in Punxsutawney, PA, grumpy TV weatherman Phil (Murray) is dismayed when a blizzard forces him and producer Rita (MacDowell) to spend an extra night in the sleepy town. The next morning, he awakens to learn that it's Groundhog Day — again! Phil then discovers he's stuck in an endlessly repeating time loop, doomed to live the same day forever. Is there any path back to his future?

Ramis's oddball comedy tracks a cynical meteorologist's hilarious efforts to free himself from a wormhole that's locked him into one of the dreariest days of his entire life. Murray's deadpan line readings and impeccable comic timing are what really make this movie such a cult favorite, especially as he devises various schemes to escape this maddening temporal loop. Chris Elliott, playing a dodo-brained camera operator, and sultry brunette MacDowell, the charming, cool-headed love interest, are wonderful as well. This is a fun, heady riff on petty misery that's tailor-made for Murray fans.