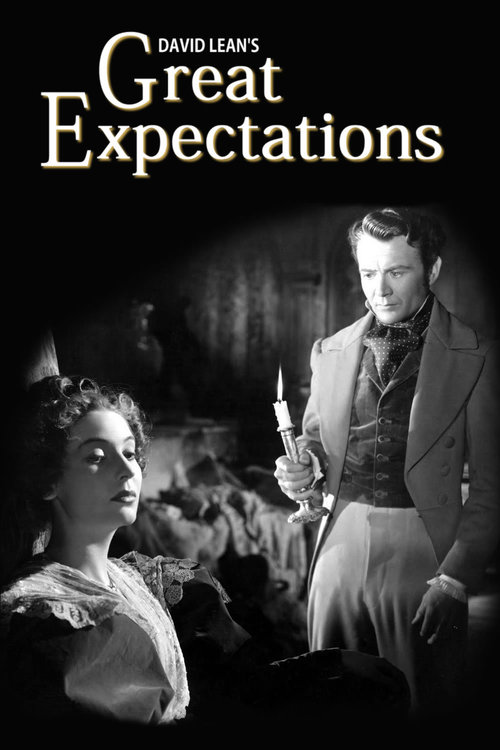 In British director Lean's superb rendering of the Dickens classic, we follow the changing fortunes of Pip, an orphan who reaches young manhood (as John Mills), only to discover he has an anonymous benefactor intent on making him a real gentleman. With his new friend Herbert Pocket (Guinness), Pip sets out to make his mark in bustling, 19th-century London. But just who is Pip's mysterious sponsor?

Perhaps the finest Dickens adaptation ever, this rich, fascinating film about chance encounters and changing fortunes begins with a nerve-rattling sequence in a graveyard that's one of the finest moments in British film. Both Mills and Guinness are a trifle old for their roles, but their virtuosity fully compensates. Guinness, in his first significant screen appearance, is particularly striking as Pocket, giving us a tantalizing taste of things to come. This bona fide classic more than lives up to "Expectations."