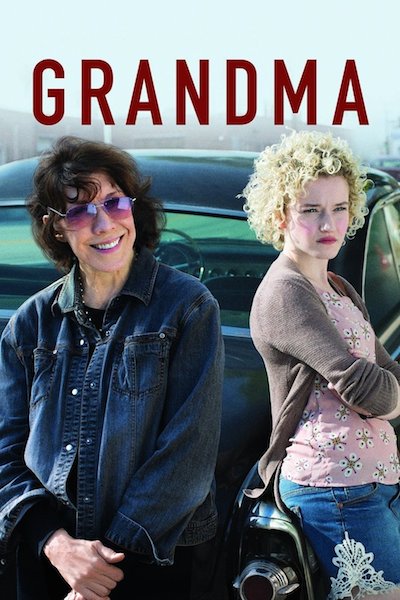 Feminist poet and erstwhile university professor Elle Reid (Tomlin) has just callously broken up with her latest girlfriend (Greer) when her granddaughter Sage (Garner) arrives. It turns out that Sage, just 16, is pregnant and looking for money to pay for an abortion. Elle is low on funds herself, so together the two women spend a day driving around L.A. tracking down Elle’s old friends and ex-lovers in the hopes of racking up $600 in time for an afternoon clinic appointment.

Weitz (“About a Boy”) wrote the irascible but loveable Elle for Tomlin and rarely has there been such a cogent pairing of character and actor. The veteran actress/comedienne, now 75, spews bitchy barbs and scathing putdowns, turning Weitz’s female-centric screenplay into cinematic gold. Elliot, playing a former love, tops off a lifetime of macho sexiness with a heartbreaking, perfectly calibrated performance. Weitz so cleverly weaves the “heavy” stuff in among the humor stemming from Elle’s bull-in-a-china-shop persona, that you don’t realize how moved you are until the very end. Who knew a grandparent could be like this?