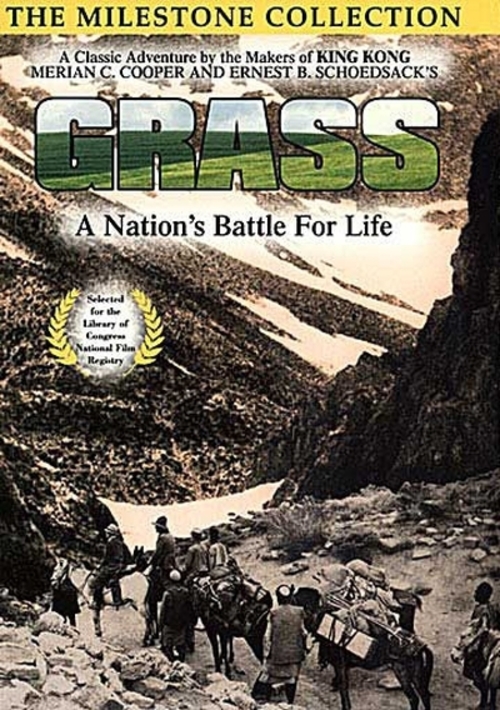 In 1924, co-directors Cooper and Schoedsack set out to document the treacherous biannual migration of the nomadic Bakhtiari people of Persia. Seeking fresh pastures for their immense herds, which they rely on to live, the impoverished but supernaturally rugged Bakhtiaris (who number 50,000, including children) are forced to cross a raging river and an alpine range of sheer rock with 500,000 cows, goats, and tents in tow(!) — or else, face certain death. Yikes!

It's both humbling and mind-blowing to watch these ancient people, led by the courageous Haidar Khan, surmount obstacles that would stop seasoned adventurers in their tracks. One of the most amazing sequences captured by then-novice filmmakers Cooper and Schoedsack ("King Kong"), who were accompanied by female journalist Marguerite Harrison, is the fording of the icy Karun River — on inflated goat skins! But this is nothing compared to the Bakhtiaris' pack-laden, barefoot scaling of the 15,000-foot-high Zardeh Kuh peak. "Grass" is an awe-inspiring testament to the spirit of survival, and an amazing record of pre-modern life.

Grave of the Fireflies