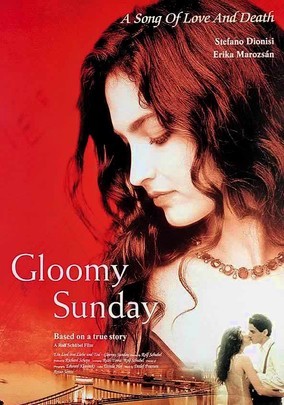 In need of a pianist for his haute Budapest eatery, Jewish restaurateur Laszlo Szabo (Krol) hires taciturn tinkler Andras (Dionisi) at the request of his dark-haired hostess, Ilona (Maroszan), whose sexual allure has already turned German customer Hans (Becker) into a lovesick lapdog. Over time, momentous events will drive these four people into intimate acquaintance, especially once Hitler's forces begin to gather steam in the north.

Schubel's darkly romantic "Sunday" ostensibly tells the story behind a real-life hit song of the 1930s that was long rumored to drive people to suicide. Andras is the composer of the piano tune in the film, and when he takes Ilona (played by the sultry Marozsan) as a lover, tension naturally arises with his employer Laszlo — her prior beau — though the outcome is anything but predictable. The background of this love story, of course, is the rise of the Third Reich and its impact on a smart, moneyed sector of Hungarian society, with Becker ideally cast as a young businessman-turned-Nazi officer. More melancholy than gloomy, "Sunday" is an inspired tragedy.