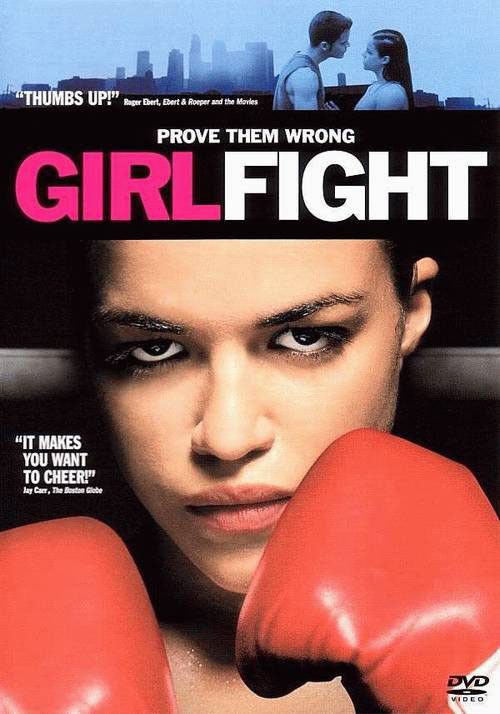 This gritty debut film concerns Diana (Rodriguez), a feisty, proud young Latina whose outbursts have put her in trouble at her Brooklyn high school. Stumbling into a gym one day on an errand for her father, she feels an instant kinship with the male preserve of boxing, and finds a mentor in Hector (Tirelli), the trainer who focuses and hones Diana's natural ability in the ring.

Kusama's raw, compelling “Girlfight” is an urban coming-of-age tale, with a rightfully angry young woman on a quest for self-realization. Without blinking, Diana – played by newcomer Michelle Rodriguez – plows through all cultural and societal barriers in her desire to become a boxer. She doesn't leap these hurdles to prove something to society, but because she knows she's good, and with training, could be even better. “Girlfight” is set apart by its authentic feel, and by Rodriguez's blistering, magnetic portrayal.