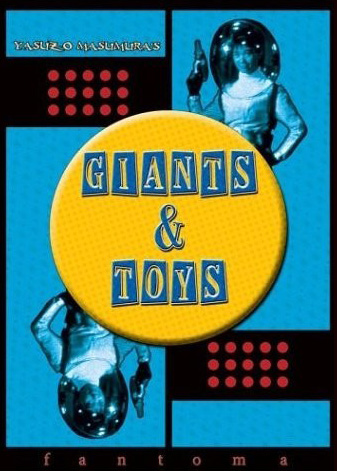 Charged with mounting a gimmicky new campaign to outsell two rival candy manufacturers, young ad exec Nishi (Kawaguchi) and his boss choose nutty Kyoko (Nozoe), an unsophisticated female cab driver with rotten teeth, to be their company's fashion plate and caramel-eating cover girl. While the wily Kyoko becomes a bigger star than anyone ever imagined, Nishi is still humiliated by the cutthroat tactics of his business opponents.

An offbeat, acid-drenched satire on Japan's bustling, post-war business ethic, where ruthless Western-style capitalism meets traditional notions of collective duty, "Giants" manages to be both humorous and harrowing, thanks to Masumura's clever modulation of tones. The wonderful Kawaguchi plays Nishi with either stone-faced bewilderment or outright disgust for the lengths he's expected to go to advance his employer's agenda. Still, he isn't above trying to pry information from his own lover, a publicist for the competition. Nozoe is equally strong as the lower-class naif who morphs into a puckish celebrity. Smart, raucous, and fast-paced, this outlandishly savage look at the corporate rat race still resonates.