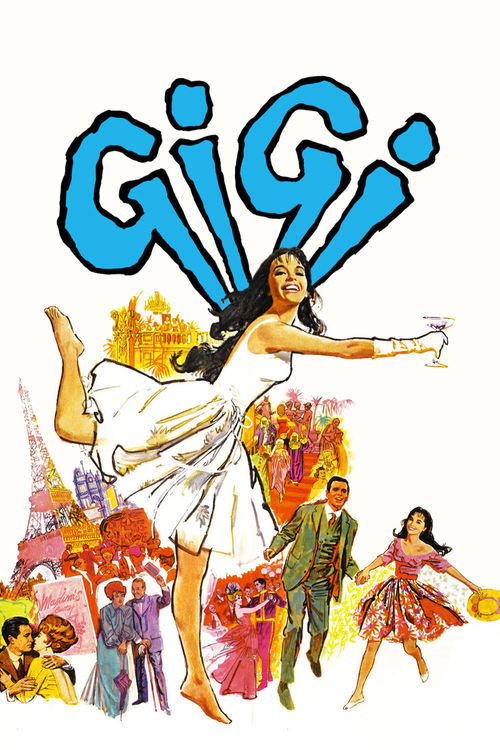 Gigi (Caron) is a young Parisian schoolgirl at that awkward stage between girlishness and womanhood. Older, wealthy family friend Gaston (Jourdan) has always treated her like a little sister. Eventually though, Gigi blossoms into quite a beauty, which causes Gaston considerable inner conflict. Complicating matters is that Gigi comes from a family of courtesans - not the type a gentleman would customarily marry into. To help him resolve what to do, Gaston enlists the help of good-hearted Uncle Honore (Chevalier), who’s wise in the ways of women and romance.

Top MGM producer Arthur Freed and director Minnelli hit their respective peaks with this enchanting movie, one of the few musicals ever to win the Best Picture Oscar. Caron is radiant as the gamine who becomes a beautiful woman before our very eyes, the suave Jourdan is just right for Gaston (he can sing too!), and Chevalier steals every scene he’s in as old roué Honore. Even so, the film's real stars remain that gossamer Lerner-Lowe score, and Minnelli's sumptuous recreation of fin-de-siècle Paris. Thank Heaven indeed!