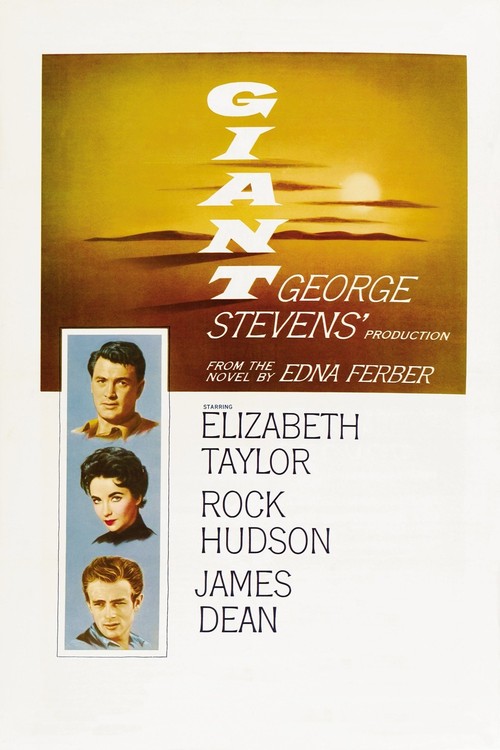 In 1922, Texas rancher Jordan "Bick" Benedict (Hudson) falls for and marries Southern belle Leslie Lynnton (Taylor), a ravishing, headstrong beauty who accompanies him home to his million-acre estate, Reata. Trying to assert herself as mistress of the house, Leslie encounters resistance from Bick's resentful sister, Luz (McCambridge), among others. But it's the fortuitous future of churlish, uneducated ranch hand Jett Rink (Dean) that will leave the biggest impact on Reata and the Benedict clan.

Based on Edna Ferber's best-seller, Stevens's vibrant, sprawling epic about a rivalry that spans decades is every bit as grandiose, melodramatic, and visually arresting as it was half a century ago. In his final performance, Dean really hits the mark, playing the noxiously racist Jett Rink — a surly cowboy who inherits oil-rich land and establishes himself as Bick's nemesis — with smoldering angst. Hudson and Taylor offer some of their finest screenwork, too, making their often turbulent marital conflicts (especially over Mexican-American workers' rights) equal to the grand majesty of the Lone Star landscape. Fascinating and unforgettable, "Giant" truly is larger than life.