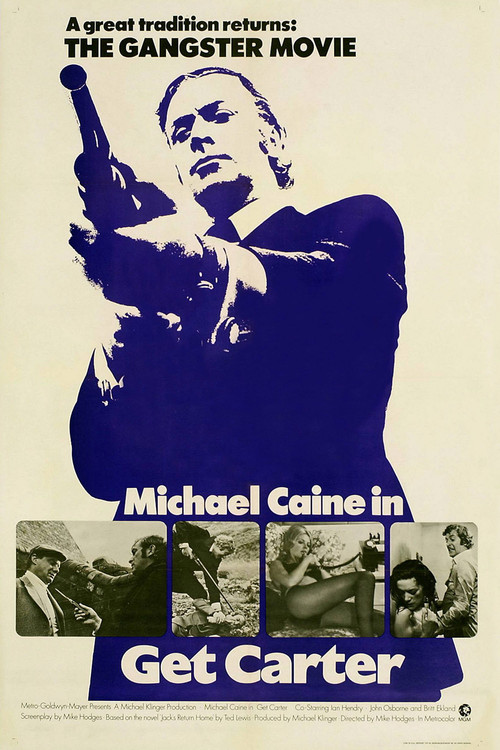 Small-time London hood Jack Carter (Caine) travels to Newcastle after his brother is found dead and begins to interrogate those who knew him. Suspicious of the official cause of death — suicide — Carter eventually finds himself on the doorstep of local crime lord Cyril Kinnear (Osborne), who warns the snoop to scurry back home before he stirs up trouble. Once Carter stumbles onto the dark, sleazy truth, he embarks on a merciless quest for vengeance.

Hodges's bleak, slow-burning revenge thriller features Caine in one of his chilliest roles, playing a slimy, working-class London enforcer whose morals are as twisted as the people he seeks to destroy. "Angry young man" playwright Osborne is particularly good as Carter's nemesis, Kinnear; Britt Ekland has a minor but memorable role as a gorgeous porn star; and the wonderful Ian Hendry gets high marks playing Carter's greaseball chauffeur. With its grimy urban tenements and dun-grey skies, "Get Carter" provides an appropriate backdrop for Carter's violent, cold-blooded reprisals, and opened the door for similarly anti-heroic crime films to come. Steer clear of the 2000 remake; this is the "Carter" to get.