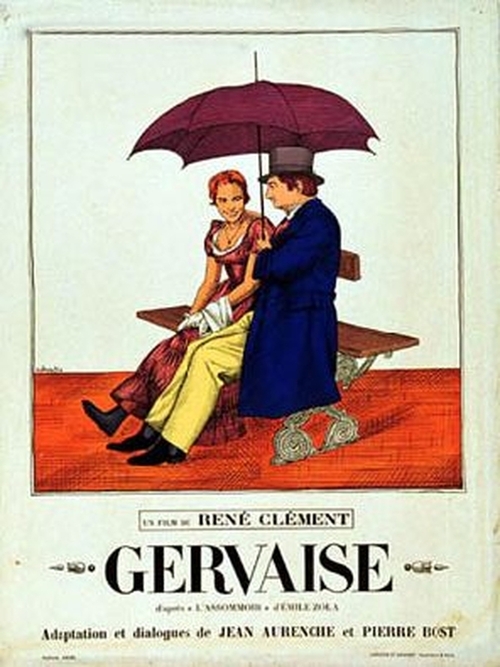 Based on a book by Émile Zola, this bleak, tragic tale, set in Paris in 1877, concerns an impoverished washerwoman, Gervaise (Schell), who, with the help of a friend, seizes her only chance for success and opens a laundry. However, her efforts are consistently stymied by the men in her life: her former lover Lantier (Mestral), who initially abandons her, and husband Henri Coupeau (Périer), who becomes a drunk after an accident leaves him disabled. Eventually the weak Coupeau invites Lantier to live with them, when he, in turn, is deserted, which scandalizes the community and drives away business. As conditions go from bad to worse, it becomes clear that a major casualty will be Gervaise's young daughter, Nana. But she won't be the only one.

René Clément, known mostly for his classic loss-of-innocence Oscar-winner "Forbidden Games" and "Purple Noon," should also be remembered for this devastating film, which still packs a wallop. His depiction of life at society's bottom rungs in nineteenth century France is gritty and uncompromising; we feel acutely all Gervaise is up against. At the heart of the film, of course, is the extraordinary performance of Maria Schell, which is still a revelation. It's little wonder she won Best Actress at the Venice Film Festival. For a tale of cruel fate conspiring to break a strong, proud woman, see "Gervaise."