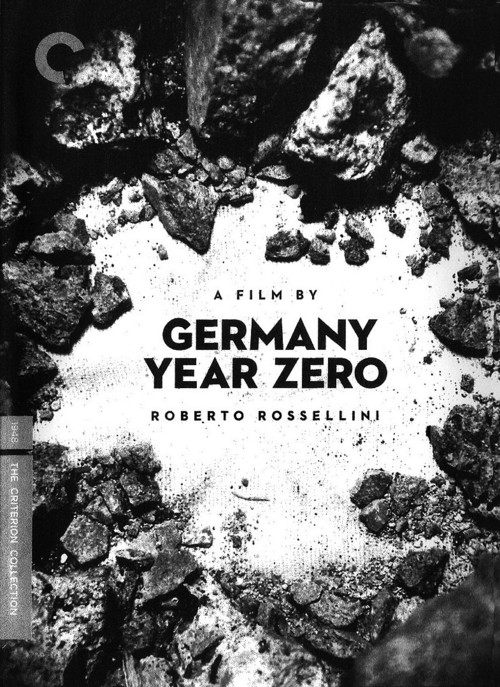 Scouring the bombed-out remains of postwar Berlin for money or food he can bring home to his family, 12-year-old Edmund Koehler (Meschke) is a child of desperation and little means. Adding to his burden is the situation at home, where he lives with his severely ailing father. Meanwhile, his older brother is hiding out from the authorities, and his sister has turned to prostitution in order to survive. When Edmund runs into a former teacher, Nazi propagandist Herr Enning (Guhne), the encounter sets into motion a devastating chain of events.

Filmed amid the spectral ruins of Berlin in 1947, and cast with actual residents of the rubble-strewn capital city, Rossellini's harrowing portrait of war's catastrophic impact on everyday people is a haunting classic of Italian neo-realism. Of particular interest is the character of Herr Enning, an ambiguous figure with vaguely pederastic leanings, whose worldview has been unalterably twisted by Nazi ideology. When he gives Edmund a set of tapes — speeches by Hitler — for him to sell on the black market, he also dispenses a bit of corrosive advice about the weak and the strong that Edmund takes, tragically, very much to heart. "Zero" in on this brutal, yet heartrending drama.