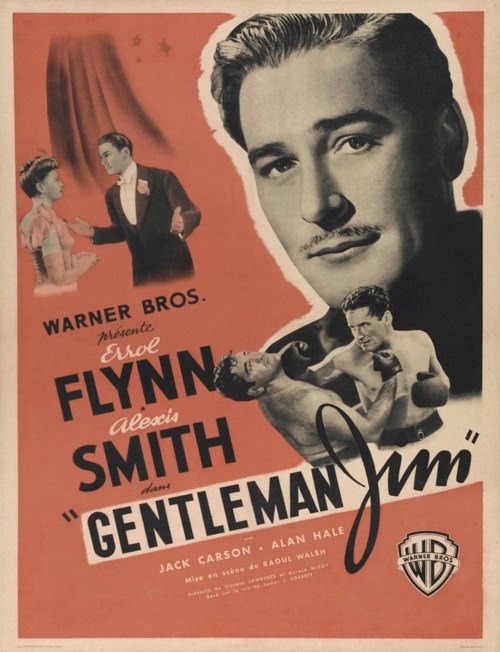 Sponsored by a bank executive, brash Irish pugilist and bank clerk Jim Corbett (Flynn) trains himself in the scientific methods of prize fighting at San Francisco's Olympic Club. Cocky and charismatic, Corbett works his way up the fledgling boxing hierarchy and even tries to win over the high-born Victoria Ware (Smith). But Corbett faces his ultimate challenge when he takes on famed bruiser John L. Sullivan (Bond) in a highly charged 1892 bout in New Orleans.

Walsh's biopic of Corbett, the first fighter to win the world heavyweight title under the more refined Marquis of Queensberry rules he helped draft (i.e. no biting, kicking, or clawing), is one spirited, robust outing. (This is partly because the charismatic Flynn makes Corbett more of an oversized personality than the fighter actually was.) Then there's character actor Bond's affecting turn as Sullivan, a champion boxer who can "lick any man in creation." Walsh handles all the action exceedingly well, especially the final ring showdown. Put up your dukes with this "Gentleman."