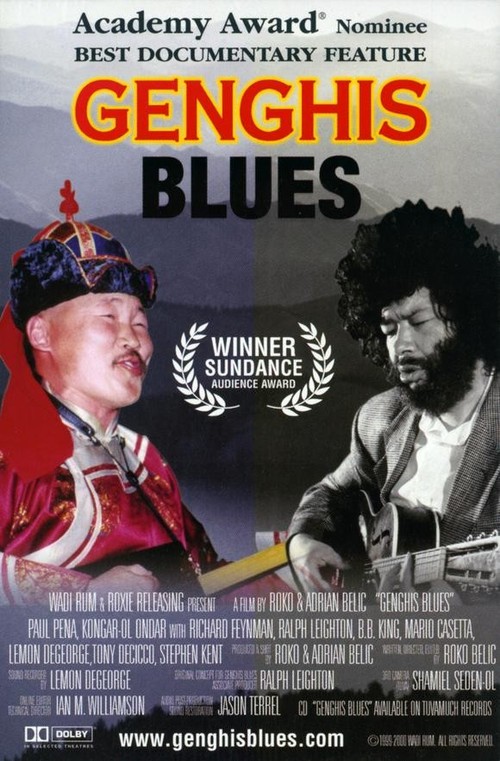 After chancing upon a radio broadcast of Tuvan throat singing, blind Creole-American blues musician Paul Pena was utterly fascinated, and over several years of self-practice, taught himself the ancient, otherworldly vocal style. Here, we follow his remarkable journey from San Francisco to the capital city of Kyzyl, near Siberia, where he meets master practitioner Kungar-ol Ondar and competes in a semi-annual contest.

The Belic brothers landed on a crowd-pleasing premise when they decided to document Pena’s joyous journey to upper Mongolia in 1993. Pena’s played with the likes of B.B. King and Bonnie Raitt, but his love affair with Tuvan throat singing and friendship with a singing guru (who is like Elvis in his home nation) takes him further than he ever dreamed. Much loved by critics and festival audiences, “Blues” is a poignant, uplifting road movie complemented by some of the most ethereal vocal music you’ve ever heard.

Genius Within: The Inner Life of Glenn Gould