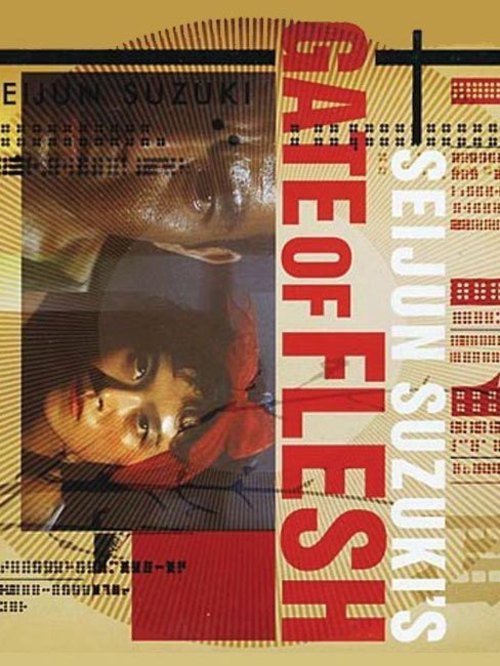 Amid the crumbling ruins of post-World War II Tokyo, hard-luck gal Maya (Nagawa) seeks refuge in a ravaged building with a militant band of hookers living by a very strict and rigorously enforced no-freebies code. However, when ex-soldier Ibuki (Shishido) comes into their midst, fleeing the police after stabbing a U.S. soldier, his smoldering presence stirs a nasty rash of jealousy.

Brutal and unabashedly lusty, Suzuki's "Gate of Flesh" sets itself apart from other B-movie cult classics with its self-consciously flashy editing and nightmarish artistic design. Disciplined by their sadistic leader, Komasa Sen (Satoko Kasai), this gang of hussies has been taught never to give away their bodies, so Ibuki's criminal pedigree and hunky air throws them all into heated conflict, as each wants to possess him. No mere exploitation flick, "Flesh" gets a lot of mileage out of its visual appeal, torrid (and twisted) love story, and stinging criticism of the Occupation.