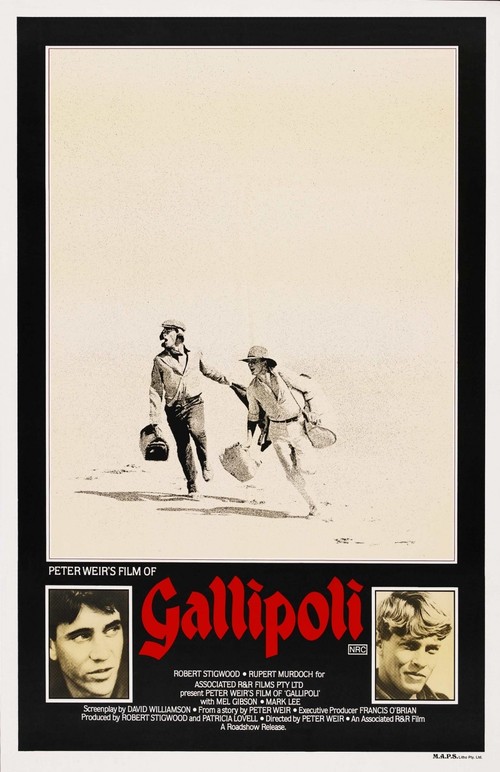 Australians Archy Hamilton (Lee) and Frank Dunne (Gibson) first meet as fellow sprinters in a race, but soon enough the two find themselves thrown together in the same unit during World War I. Eventually they become part of the ill-fated campaign to seize the Dardenelles from the Turks, one of the costliest engagements in an already tragic, bloody and senseless war.

As much a story of friendship as anti-war film, Weir's powerful, deeply moving "Gallipoli" brought home all the horror of the first truly "modern" war, where advances in weaponry brought about unspeakable slaughter on the battlefield. This also film helped launch Gibson as an international star, and no wonder. Vivid and evocative, as well as chock full of period detail, "Gallipoli" really packs a wallop — but it's one worth taking. (Don't miss that ending!)