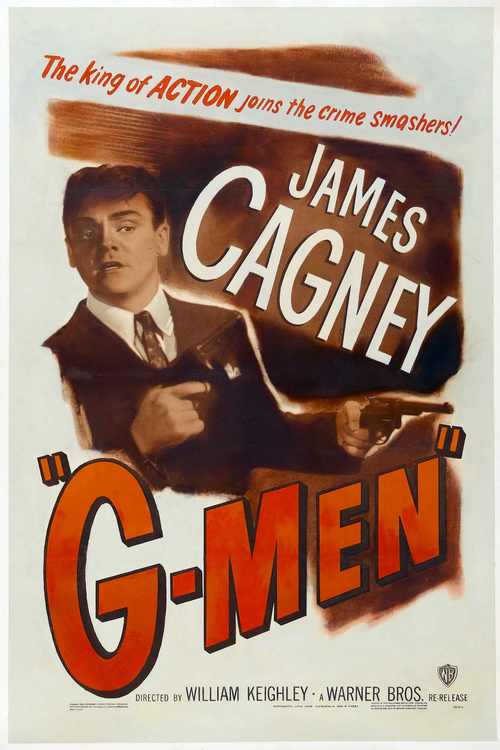 When his best friend, FBI agent Eddie Buchanan (Toomey), gets gunned down by gangsters, James "Brick" Davis (Cagney), a street-smart lawyer whose education was bankrolled by a broadminded mobster, decides to become a "G man" himself. Viewed with skepticism by his superior, Jeff McCord (Armstrong) for his underworld associations, Davis gets a chance to prove himself when he's asked to help nab the same gang that dispatched his pal. His two love interests, a bar hostess (Dvorak) and a hospital nurse (Lindsay), land him in a tangle and also help amplify the theme of divided loyalties.

After solidifying his reputation as Hollywood's number-one bad guy, Cagney played a straight-edge lawman in this gangland drama, a huge hit for Warner Brothers and great publicity for J. Edgar Hoover's fledgling department, which had only recently granted officers the right to bear arms (a big plot point in the film). Cagney is mesmerizing as Brick; prudent and principled, but also tough as nails and willing to throw his weight around. Don't miss this underexposed classic!