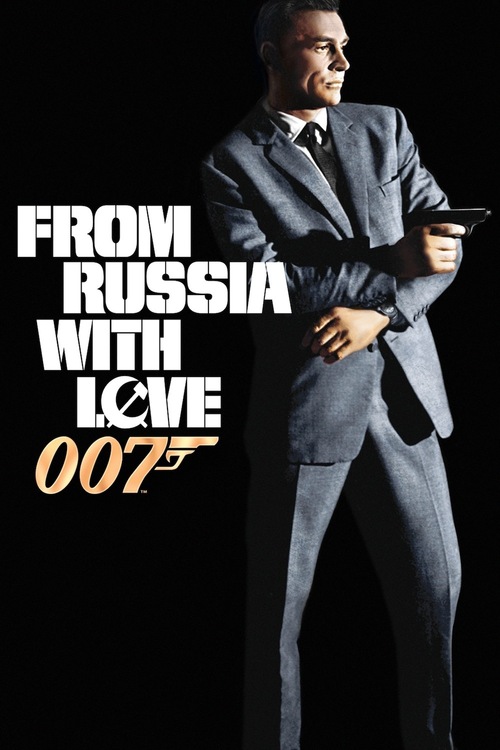 From Russia with Love

James Bond, a.k.a. British Secret Service Agent 007 (Connery), is assigned to retrieve a Russian decoding device before it falls into the hands of Soviet agents. Pursued by butchy East German assassin Rosa Klebb (Lenya) and diabolical psychopath Red Grant (Shaw), the dashing 007 has his hands full in Istanbul — but that doesn't prevent him from dallying with Russian tigress Tatiana Romanova (Bianchi), a double agent with ties to SPECTRE.

This stylish second entry in the Bond franchise features a somewhat warmer yet no less dashing 007, played to the hilt with campy savoir faire by Connery. Director Young streamlines the action, too, and in the absence of fancy gadgets (those came later), gives audiences thrilling, well-orchestrated chases and clashes, culminating in a breathless sequence of hand-to-hand combat between Connery and deadly, dyed-blond assassin Shaw — aboard the Orient Express, no less. The kittenishly seductive Bianchi is fetching as Bond's love interest, and veteran Mexican actor Pedro Armendariz (in his last film) also excels as Bond's savvy Istanbul contact. Still, it's German chanteuse Lenya who has the most fun, springing poisonous blades from her shoes. Racy and exhilarating, "Love" breathes new life into Ian Fleming's classic novel.