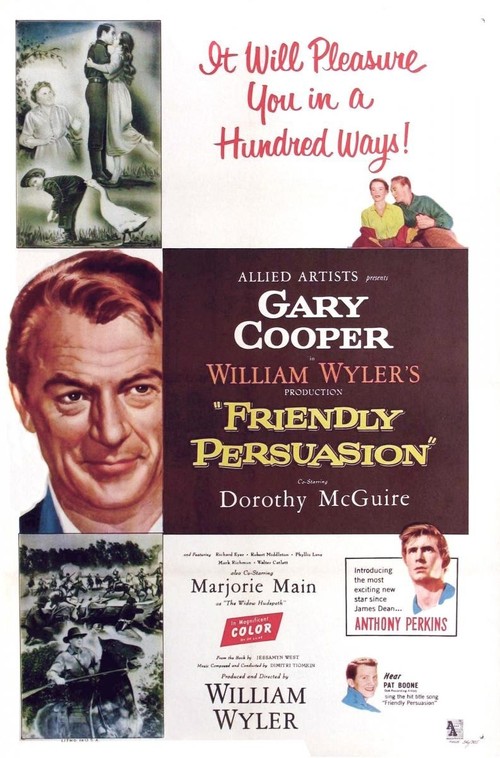 Jess Birdwell (Cooper) and his minister wife Eliza (McGuire) are happily raising their three children in the pacifist, hospitable ways of the Quaker faith. But as the Civil War looms close to home, their eldest son, Josh (Perkins), joins the Home Guard to defend their community against Rebel raiders, forcing them to examine their faith and conscience.

Based on the popular novel by Jessamyn West, "Persuasion" is a sensitive portrayal of the Quaker way of life with flashes of merry humor, especially around Jess, who can't resist racing a neighbor's buggy or the allure of a new pump organ – both frowned upon by his stoic religion. Blacklister Michael Wilson's progressively-minded script doesn't shy from weighing militarism against Christian love, and Wyler's solid direction of stars Cooper and McGuire makes their love for each other seem unfailingly genuine. Future "Psycho" star Perkins is also excellent as the gangly, intense teen who joins the Union defenders against his parents' wishes. For a quaint, incisive look at old-time Quaker life, try a bit of "Friendly Persuasion."

From Here To Eternity