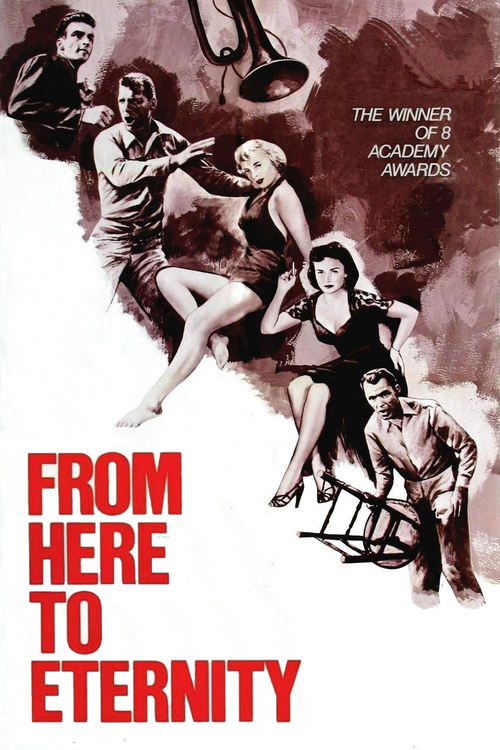 From Here To Eternity

Based on James Jones's epic novel, this sprawling tale of love and fate at a critical time and place in our country’s history follows two intersecting story lines: first, disillusioned marine sergeant Milt Warden (Lancaster) begins a torrid affair with his commanding officer’s bored, neglected wife (Kerr); at the same time, the young, horn-playing Private Prewitt (Clift) finds romance in the arms of a club hostess (Reed), before becoming a tragic victim of his own past boxing prowess. Notably, all this intrigue takes place on Pearl Harbor, just as that naval outpost — and the United States itself — literally get bombed into World War II.

From Mao to Mozart: Isaac Stern in China