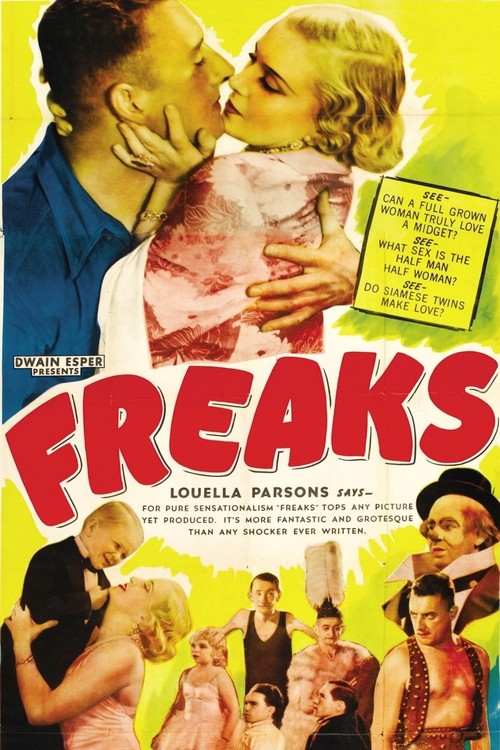 In a traveling circus, the beautiful but treacherous trapeze artist Cleopatra (Baclanova) learns that fellow worker Hans (Earles), a midget, has money; she plots to marry him, then bump him off to inherit the loot. She doesn't count on the fact that Hans is part of a very tight circle of side-show performers, and that they always protect their own kind.

Reviled, and in some places banned on release, Tod Browning's cult horror classic is like nothing else you'll ever see – bizarre, bold, and altogether brilliant. A standard soap opera premise is elevated by the conceit of "normal" people as villains, and "freaks" as heroes. Browning gets the most out of his unusual cast, mostly non-actors, and creates an eerie, chill-inducing atmosphere throughout. Don't miss that knockout climax.