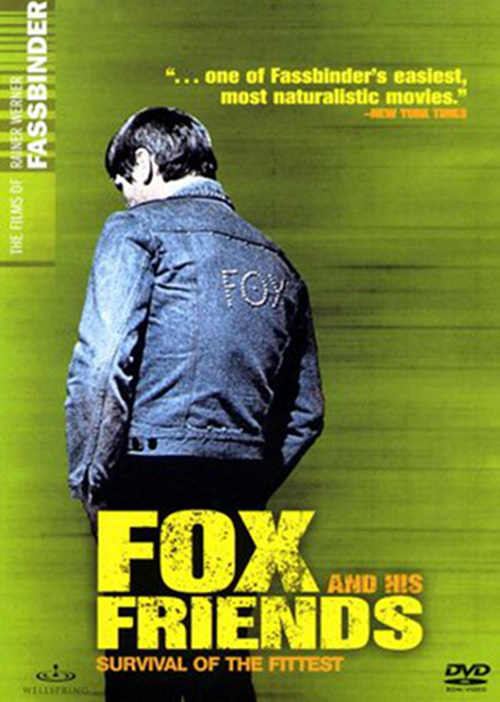 Fox and His Friends

Gay carnival worker Franz "Fox" Biberkopf (Fassbinder) loses his job when the police arrest his lover and close up the fairground show that employs him. Strapped for cash, Fox picks up Max (Böhm), an older, cultured man who helps him get a few marks for a lottery ticket that turns out to be a big winner. Soon, Fox is introduced to all of Max's classy friends, including the scheming Eugen (Chatel), who sets out to seduce and fleece him.

One of writer-director Fassbinder's most affecting entries, "Fox" considers the class struggle in terms of the exploitative relationship between a naïve, blue-collar outsider and his predatory bourgeois lover. Fassbinder himself delivers a tragic, moving performance as a gay man swindled out of his winnings and self-esteem, a scenario partly based on the director's own experiences. Exploring both human marginality and the culture of affluence, "Fox" remains a bold, compelling work by the pre-eminent auteur of 1970s New German Cinema.