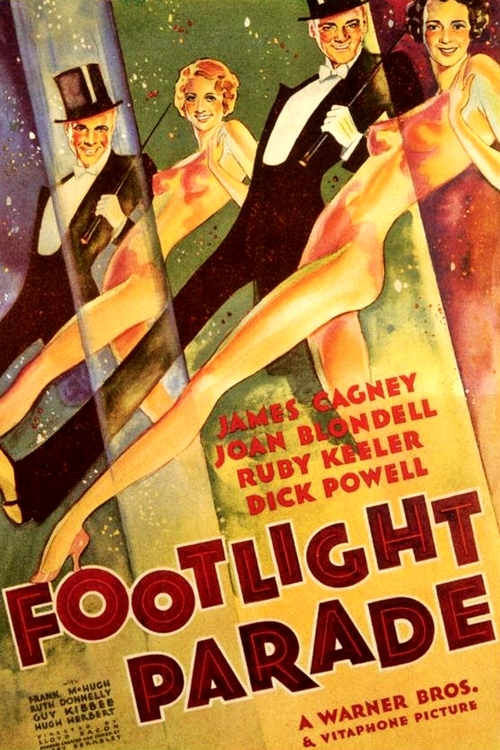 Musical producer/performer Chester Kent (Cagney) wants to produce short musical prologues for the still fairly new "talking pictures," but the competition keeps stealing his ideas. Finally, Kent arranges a private, three-day performing marathon to outfox those pesky rival producers — and their spies. He pulls it off with the help of loyal assistant Nan (Blondell), and young leads Bea Thorn (Keeler) and Scotty Blair (Powell). Meanwhile, Scotty has his own problem: he's show biz crazy, but hasn't yet told his snobby family, who are sure to object.

In the glorious "Parade," the proven formula of breathtaking Busby Berkeley choreography and the winning Powell-Keeler combination is further augmented by an energetic, infectious Cagney, who dominates throughout in an all-too-rare song and dance role. Memorable, pre-code numbers include the priceless "Honeymoon Hotel" and "By A Waterfall." Sure, it creaks a little after all these years, but it's still magic. Join the "Parade."