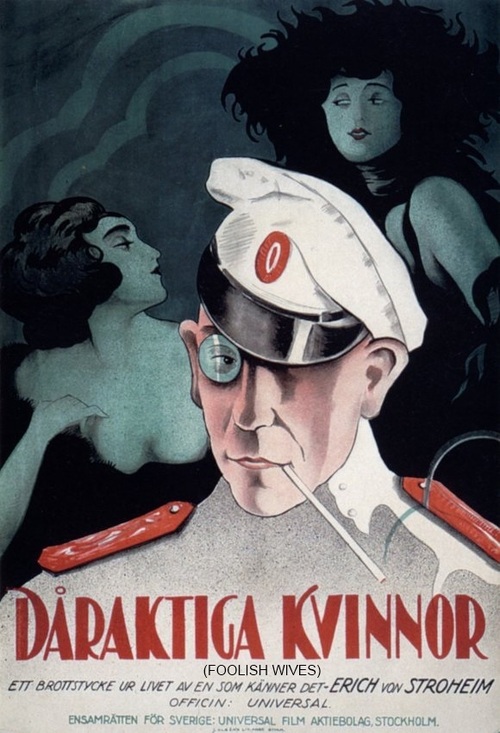 Shortly after World War I, Count Karamzin (von Stroheim) is living a decadent life in a villa above Monte Carlo with his two “cousins,” the Princesses Olga (George) and Vera (Busch). But the Russian émigré has neither a sou to his name, nor a shred of morality. He makes his living by passing counterfeit money in the casinos and preying on wealthy women as targets for blackmail. When an American envoy (Christians) arrives in town, Karamzin sets his greedy sights on the impressionable wife, Helen (DuPont). Will this impressionable lady fall under the counterfeit Count’s spell?

Billed by Universal as the “first million-dollar movie,” Stroheim’s near-masterpiece screams extravagance from every frame; the sumptuous sets and lavish costumes are indeed spectacular. The story behind the film is as gripping as the picture itself: Stroheim was a manic perfectionist whose dictatorial on-set behavior and spendthrift ways ruffled the feathers of studio head Carl Laemmle. To escape Laemmle’s oversight, Stroheim shot the majority of the film on a secluded Califonia island. The boss had his revenge, however, when he “butchered” the original cut of the film from about six hours to its current duration. But what remains is still stupendous. The film belongs in every way to Stroheim, not least for his mustache-swirling portrayal of the villainous, monocled Karamzin. You’d be “Foolish” to miss this gleefully torrid melodrama.