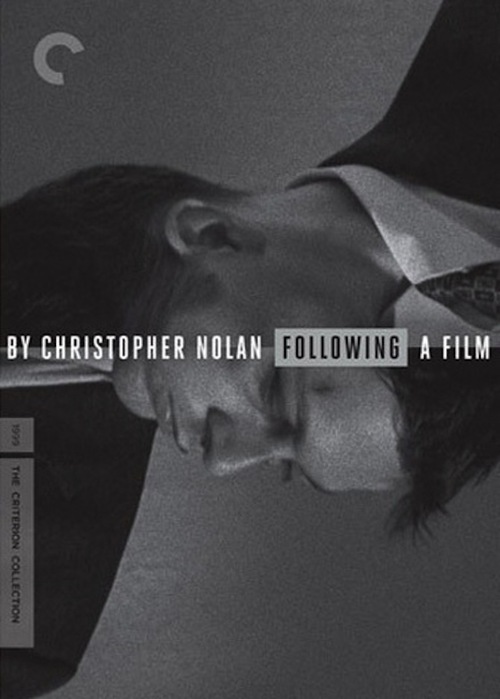 Unemployed, aspiring writer Bill (Theobald) likes to kill time by shadowing people around the streets of London. One day he follows a well-dressed, handsome stranger into a restaurant. The man, whose name is Cobb (Haw), confronts him, and they start an uneasy conversation. Cobb, a house burglar and petty thief, proposes that the two men work together. Bill ends up falling for a beautiful blonde woman (Russell) whose home they invade. It's not long before his life is entwined in a deadly game of lies and deception.

Nolan’s impressive first feature was shot on a minuscule budget. Using 16mm black and white film stock and friends' apartments as locations, he and his cast worked for a year's worth of Saturdays to complete this moody neo-noir. To emphasize the mystery, the time-line is fractured, with the action jumping forward in time, then rewinding to fill in the gaps (a device Nolan would use again in "Memento"). All his first-time actors give convincing, authentic performances, with Theobald a stand-out as the neophyte house-breaker. "Following" heralded Nolan’s arrival as one of today’s most innovative directors. Watch it and see why.