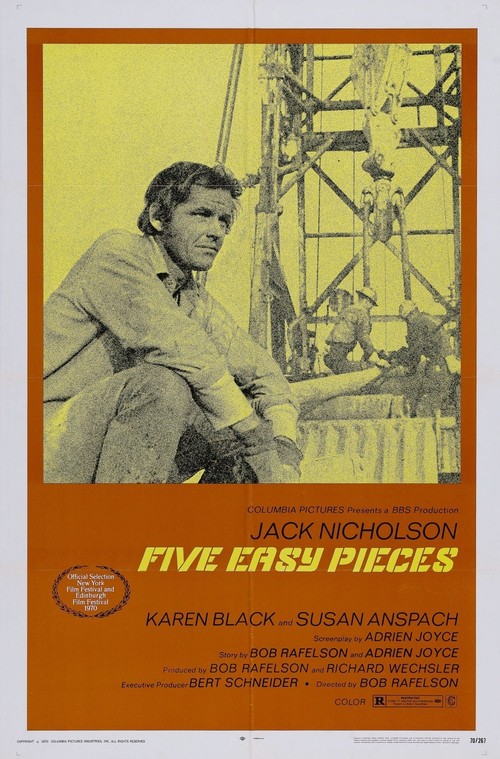 Disaffected, hard-drinking oil rigger Bobby Dupea (Nicholson) is not what he appears at first sight: Born into a patrician clan from Puget Sound, Bobby has turned his back on bourgeois comforts and a promising career as a classical pianist for life on the road with dim-witted girlfriend Rayette (Black). Bobby's drawn back into the family fold, however, when he learns that his father Nicholas (William Challee) is dying.

One of the definitive, highly acclaimed films of the early-70's New American Cinema, Bob Rafelson's edgy, deep character study features complex and courageous performances from both Nicholson and Black. As an existentially pained outcast of upper-middle-class breeding, Jack's pent-up Bobby is especially absorbing to watch, as he denigrates Rayette's crass singing efforts or spars with a waitress over the vagaries of a chicken-salad sandwich. A moody portrait of alienation and unresolved pain, Rafelson's Oscar-nominated "Pieces" will stick with you.