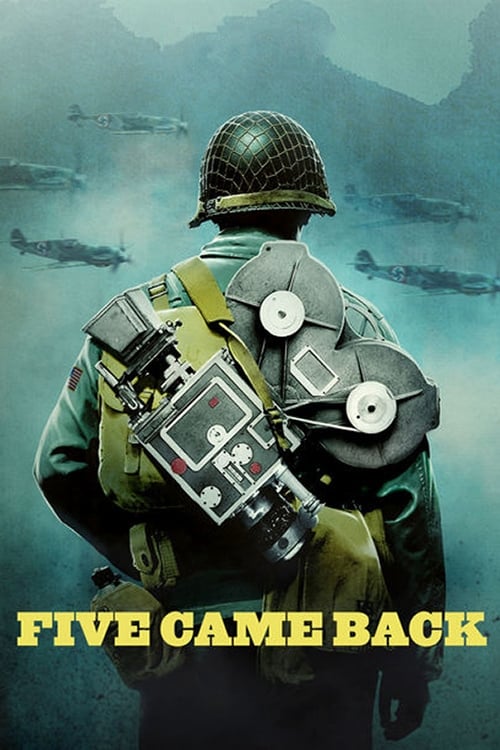 Entering the Second World War, our nation’s government recognized the outsize impact movies could have on morale, both at home and overseas. Thus were five of Hollywood’s top directors called to serve the war effort: Frank Capra, John Ford, William Wyler, John Huston, and George Stevens. They joined without complaint, and all but Capra (coordinating a massive production effort from Washington) were put in harm’s way to capture the conflict in all its horrific drama. All came back forever changed.

Scripted by Mark Harris off his book, the highly entertaining and engrossing “Five” toggles among all five directors, detailing their experiences and output as the war progressed. We see excerpts from the powerful documentaries that resulted, including Ford’s “The Battle of Midway”, Wyler’s “The Memphis Belle”, and Capra’s series, “Why We Fight”. Also peppered in are clips from these directors’ best films, before and after the war. One ingenious touch is having five present-day directors narrate the story of one of their forebears. It all comes together beautifully, with measured narration by Meryl Streep. This Emmy-winning series is essential viewing for all lovers of history, and of film.