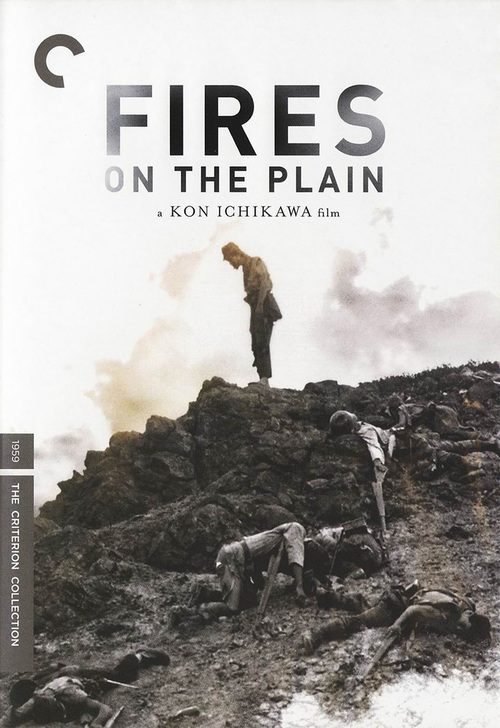 Fires on the Plain

It's the tail end of the Second World War in the Philippines, and Japanese soldier Tamura (Funakoshi) is dangerously weak from advanced tuberculosis. His troop's retreating commander orders him to kill himself if he can't find help at a field hospital near their encampment. Aimlessly wandering through villages ravaged by war, he happens upon two emaciated comrades near death and desperate to survive. Though fatally ill, Tamura resists the desperate, dehumanizing impulses of his fellow soldiers.

One of the most devastating indictments of war ever filmed, Ichikawa's visually poetic "Plains" was scripted with his wife and writing partner, Natto Wada. This harrowing film tracks a band of skeletal men into starvation and madness, addressing (for the first time in Japanese cinema) the fact that some actually resorted to cannibalism in order to survive. Funakoshi turns in a bravura (and highly demanding) performance as Tamura; his haunted, sunken eyes will stay etched in your memory long after the lights come up. Let these "Fires" burn.