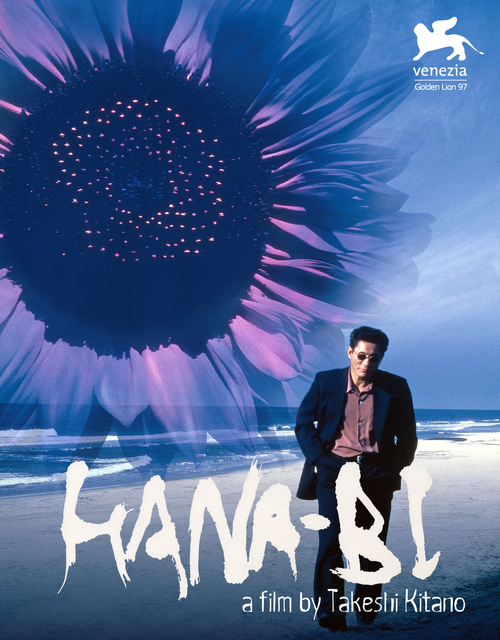 Haunted by guilt, death, and the futility of hunting down vicious gangsters for a living, laconic, stone-faced detective Nishi (Kitano) is considering leaving the force. On top of that, his wife Miyuki (Kishimoto) is dying of leukemia, and his partner Horibe (Osugi) has just been ambushed and permanently crippled by Yakuza thugs. With nothing to lose, Nishi hatches an audacious scheme to seek a full measure of justice.

An eccentric, wildly unpredictable gem from writer/director/star Takeshi "Beat" Kitano, this hard-boiled cop story veers from quiet, tender sentimentalism to explosive, in-your-face violence. Hiding behind mirrored shades for much of the film, Kitano plays Nishi — a devoted husband and friend, and a super-deadly foe — with ice-cool, nearly wordless reserve. Aside from an involuntary facial tic, Nishi's mask-like face rarely changes, even when he's blasting away at bad guys. "Fireworks" is a poetic crime-thriller from one of Japan's preeminent icons.