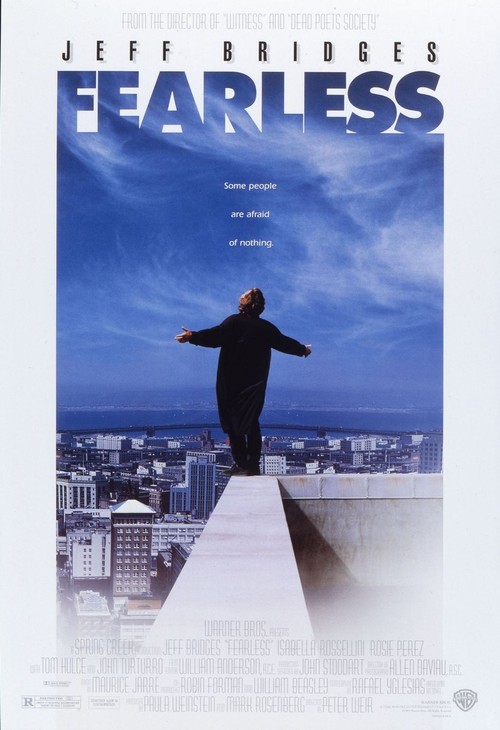 After surviving a devastating airplane crash, San Francisco architect Max Klein (Bridges) returns home to his wife Laura (Rossellini) and son with a palpable sense of his own almost mystical invulnerability. Introduced by airline psychiatrist Bill Pearlman (Turturro), Max soon forms an intense bond with fellow crash survivor Carla Rodrigo (Perez), who is traumatized and guilt-ridden over the loss of her infant son. Together, they forge a path to acceptance and self-renewal through unlikely means.

Weir's sadly overlooked 1993 drama is a probing, beautifully acted psychological character study dressed up in transcendent garb. Max's newfound power — an unnerving "fearlessness" — initially enables him to assist his fellow passengers, and is the basis upon which he counsels Carla, but the sea change in his personality has also alienated him from his wife and family. The Oscar-nominated Perez really delivers here in the demanding role of a distraught, grief-stricken mother, and her scenes with Bridges are especially intense and convincing. Weir handles all the catharsis — and even the plane crash, glimpsed in flashback — with uncommon restraint. Board "Fearless" for a heart-wrenching story about finding grace amid the fear of death.