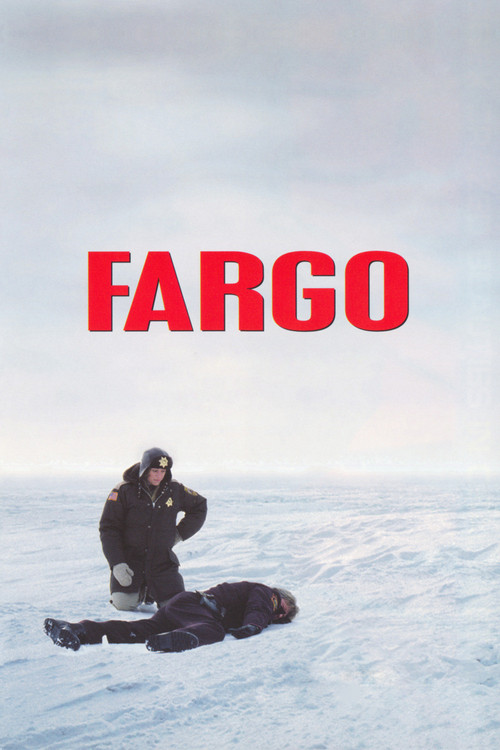 Hapless car salesman Jerry Lundegaard (Macy) has financial problems, which can only be fixed if wealthy father-in-law Wade Gustafson (Presnell) opens his wallet. Unfortunately, Wade treats Jerry with thinly disguised contempt, so Jerry impulsively hires two hardened criminals (Buscemi and Stormare) to fake a kidnapping of his wife, promising to share the ransom when Wade inevitably pays up. Everything goes wrong from there, but folksy investigator Marge Gunderson (McDormand) is soon on-hand to sort things out.

The Coen Brothers' crowning achievement, this twisted black comedy convulses us one minute, horrifies us the next. The movie pokes fun at the distinctive accents and conventions of North Dakotans, while simultaneously, its gruesome crime gone awry places us squarely in the lower depths of depravity. Only the Coens could take us there and bring us back so entertainingly. Macy is superb as the pathetic, cornered Jerry, and Buscemi never better as a low-life kidnapper. But it's McDormand who steals the picture as unflappable trooper Marge. It's no surprise that she (and the picture) took home Oscars. You betcha!