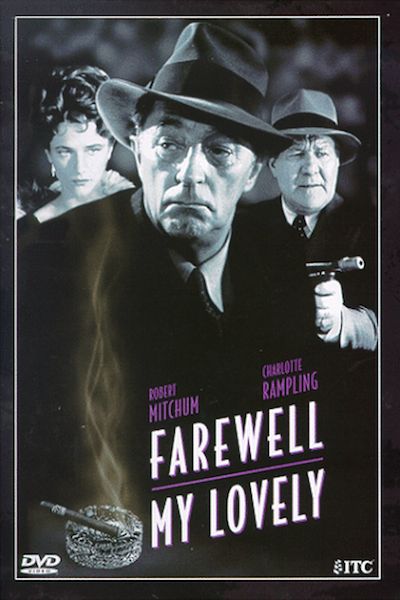 In Los Angeles in the early 1940s, private investigator Philip Marlowe (Mitchum) is hired by thug Moose Malloy (O’Kalloran) to find his missing wife Velma. Marlowe gets embroiled in a twisty investigation that leads him first to retired showgirl Jessie (Miles) and then to the beautiful and mysterious Helen Grayle (Rampling). Meanwhile another of his clients is murdered, Marlowe is implicated and the body count continues to rise.

This adaptation of Raymond Chandler’s 1940 novel has the inimitable Mitchum stepping into the detective’s shoes previously filled by Humphrey Bogart and Dick Powell. With moody cinematography by John A. Alonzo and a rogues’ gallery of secondary characters (played by the likes of Harry Dean Stanton and John Ireland), this neo-noir oozes hard-boiled dialogue and a dame with a smile you can feel “in your hip pocket”. Miles was nominated for a supporting actress Oscar, and Mitchum should have been. His world-weariness brings a whole new dimension to the Marlowe character. Look fast for Sylvester Stallone in a bit part!