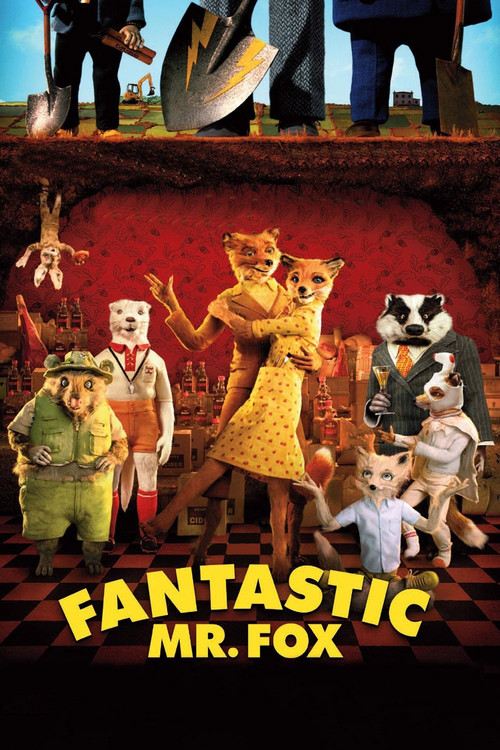 Former chicken thief Mr. Fox (Clooney) works as a newspaperman, but misses the thrills of his old life. Against the wishes of his wife (Streep), he plots a break-in at three nearby farms owned (respectively) by the fearsome Boggis, Bunce and Bean. He then decides to take along his favorite nephew Kristofferson (Anderson), much to the chagrin of his misfit son Ash (Schwartzman), who craves Dad’s approval. The farmers shoot off Mr. Fox’s tail and invade his home, forcing his family and friends deep underground. An all-out war soon rages, but it takes more than guns and tractors to outfox the wily Mr. Fox.

The combination of Roald Dahl’s source material and Anderson’s quirky sensibility makes this an unexpected treat for viewers of all ages. Kids will love the cartoonish chases and retro stop-motion animation, while adults will connect with the subliminal commentary on middle-aged ennui and teenage angst. The vocal performances are terrific, with Clooney playing off his suave real-life persona to deliver Mr. Fox’s debonair dialogue. (Trivia note: Anderson recorded the actors on location rather than in a recording studio for greater authenticity.) With a varied pop soundtrack featuring the likes of Burl Ives and The Rolling Stones, this playful crime caper pops with wry wit and energy.