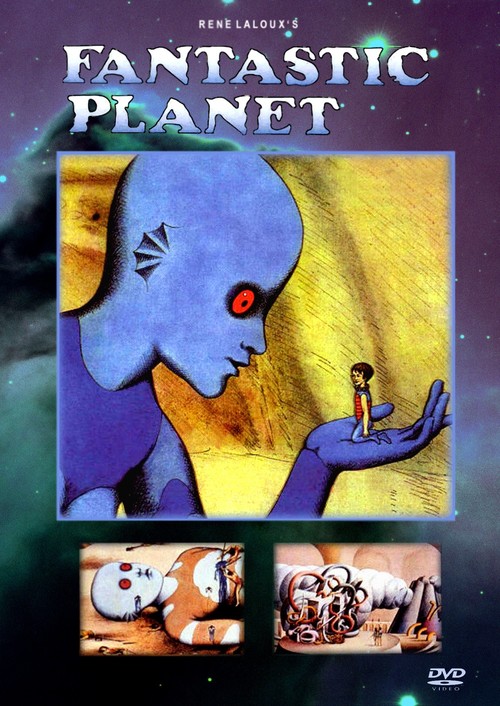 Subjugated by the Draags, a race of blue aliens forty feet tall, the humanoid Oms live like enslaved pets on the far-away planet of Ygam. A struggle for equal rights ensues, however, when a fearless Om named Terr (Baugin) escapes and begins to organize his fellow creatures for a revolt.