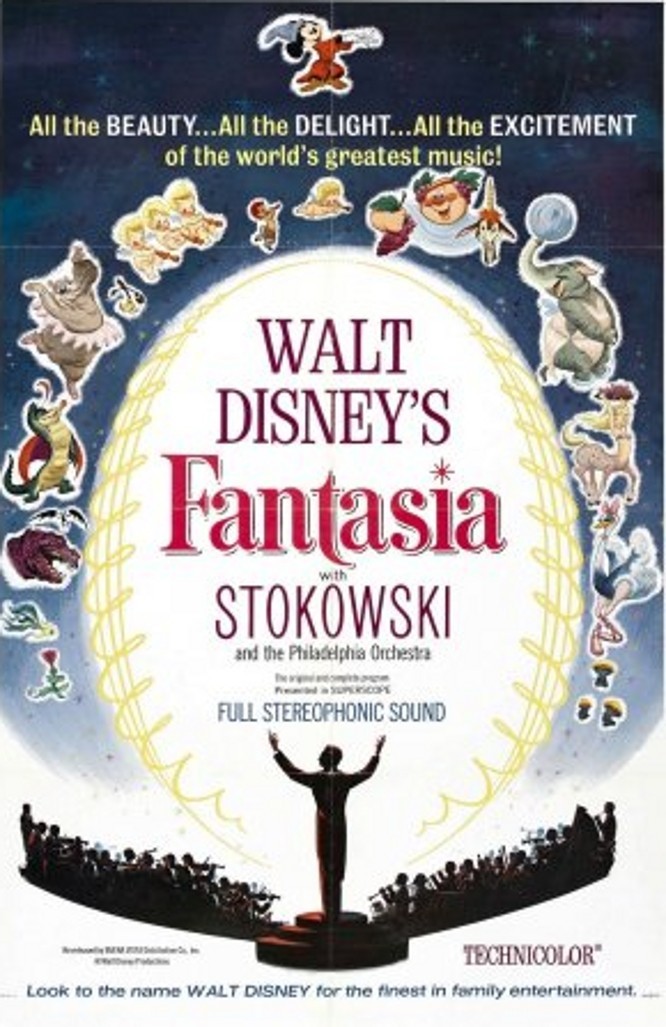 Walt Disney's labor of love consists of seven discrete segments conceived to accompany world-famous classical music. The most famous of these remains "The Sorcerer's Apprentice," from Paul Dukas's piece, starring Mickey Mouse as a magician's assistant whose decision to use his master's magic results in chaos. Other segments include Stravinsky's "Rite of Spring" imagined as the march of evolution; Bach's "Toccata and Fugue in D Minor" as an abstract music visualization; and a reinterpretation of Greek mythology from Beethoven's "Pastoral Symphony," complete with centaurs, Pegasus, and Bacchus. All pieces were performed by the Philadelphia Symphony Orchestra, led by conductor Leopold Stokowski.

Even after over seven decades, the wonder, spectacle, and sheer visual artistry saturating "Fantasia" render it a timeless masterpiece. The music is used to stunning effect — not merely as background score, but as foundation and inspiration for a succession of visual flights of fantasy. The rhythm and motion of each piece follows the stirring music with the precision of ballet, making this one of the most influential and memorable animated films of all time. A must for kids, and the kid that endures in all of us.