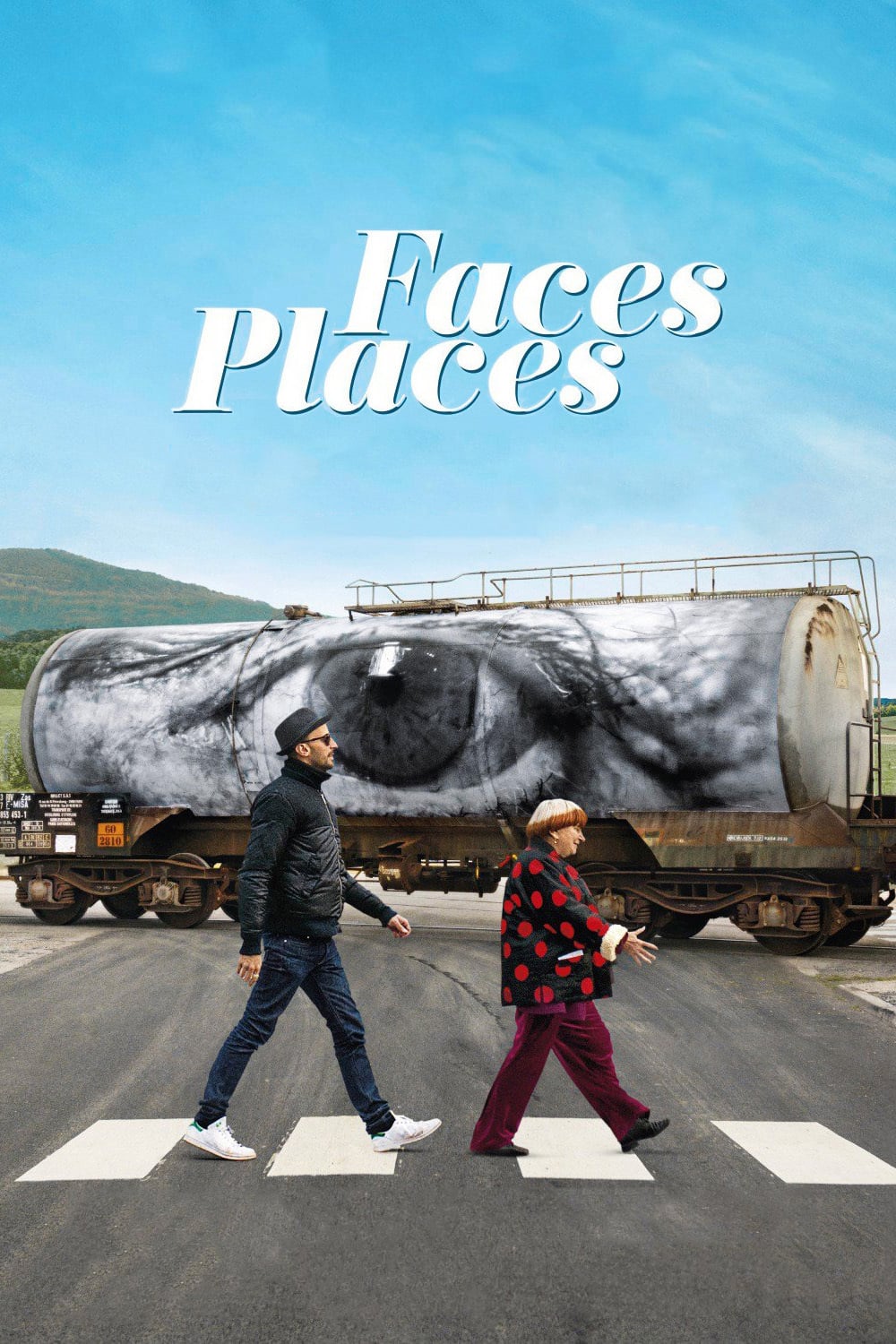 Esteemed filmmaker Varda teams up with photographer/muralist JR on a cross-country road trip. Travelling in a van tricked out as a mobile photo booth, they take pictures of the people they meet and print out giant posters from the photos. JR and his team paste the images to buildings creating a fleeting, but pointed portrait of France today.

Varda’s inquisitive exploration of rural French society manifests itself in the giant faces of workers, farmers, waitresses, and postmen; her innate skill at slyly glimpsing into the heart of people is augmented by JR’s antic imagination.  Slowly, Varda’s own life and career come into focus through her own memories and recollections. Joyful, charming, and sweetly poignant, this Oscar-nominated masterpiece reveals the power of image, and indeed film, to commemorate and honor everyday heroes.