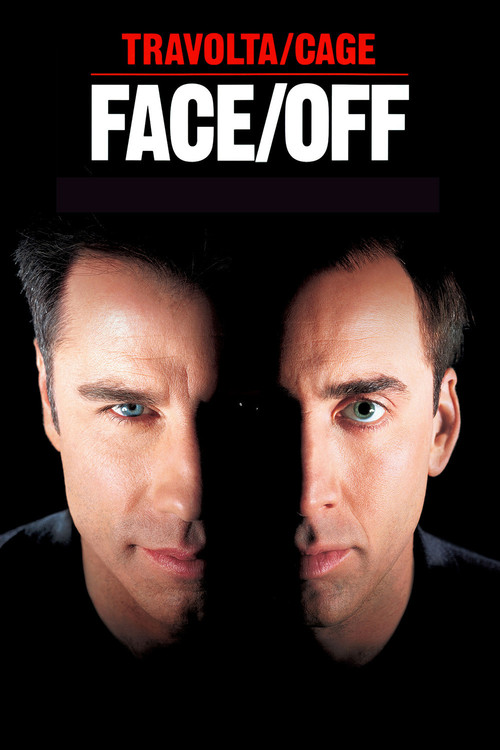 Deranged criminal mastermind Castor Troy (Cage), currently in a coma, has planted a biological weapon somewhere in LA, and only his equally psychotic brother Pollux (Nivola) knows where. Crack FBI agent Sean Archer (Travolta) has a long, painful history battling the Troys, and is determined to nail them once and for all. He undergoes a radical medical procedure that transfers Castor's face to his own, in hopes that once he's reunited with Pollux in prison, the ever-loyal little brother will talk. But the insensate Castor's got life in him yet, and unfortunately, Archer has left his own face behind.

Despite the grotesque, almost preposterous premise, Hong Kong director John Woo's second American-made actioner has all the savage bite, black humor, and balletic fight choreography of his best-known Asian films. Deliberately mythic in concept, "Face/Off" probes questions of honor, identity, and morality, while giving Travolta and Cage plenty of leeway to stretch their archetypal good-and-evil personas. Ingenious, kinetic and reveling in its choreographed, over the top violence, "Face/Off" is a complex thriller that's bloody good fun.