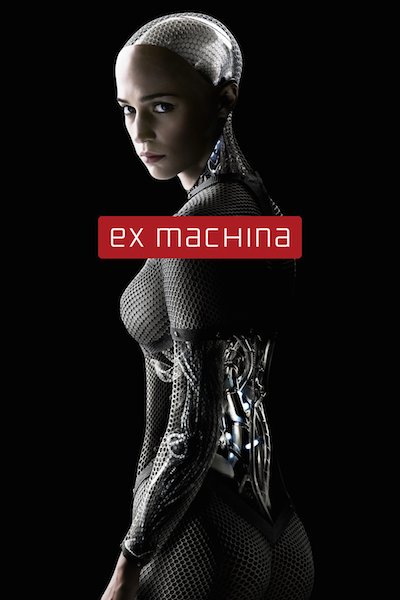 Caleb (Gleeson) is a young whiz kid computer programmer at the world’s top Internet company, BlueBook. He wins a competition to spend a week in Alaska at the home of its eccentric CEO Nathan (Isaac). Once at the Alaskan wilderness retreat, Caleb discovers that he is being used to conduct a “Turing test” on a new form of Artificial Intelligence: Ava (Vikander), a remarkably life-like, and stunningly beautiful robot.

Garland, the writer of “28 Days Later” and “Sunshine”, makes his directorial debut with this cool, sleek sci-fi drama. With his own intelligent script, he poses existential questions about sentience and awareness, yet colors firmly within thriller genre lines, as Caleb is drawn into a dangerous web of deceit. Vikander is haunting as the machine with a mission, and Isaac paints a vivid portrait of an obsessive Dr. Frankenstein, tragically unaware of the power he’s unleashed. Thought-provoking and disturbing, Garland has created a sleek, sensual, contemporary classic.