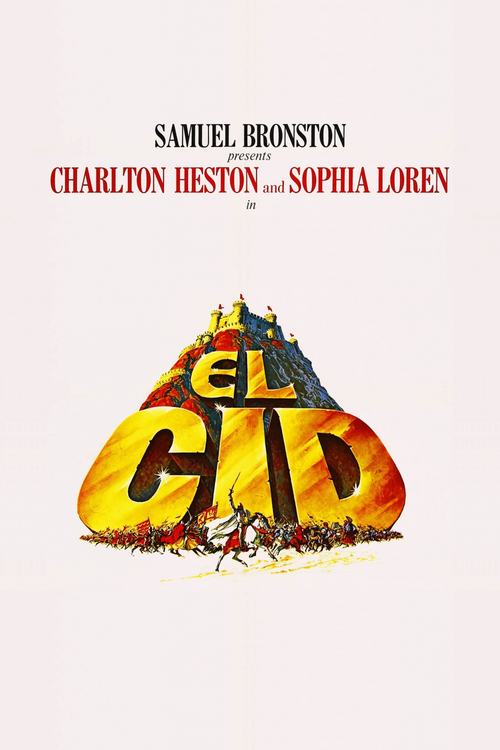 Disgraced 11th-century Spanish knight Rodrigo Diaz de Bivar (Heston), dubbed El Cid for his progressive sense of justice, earns the king’s favor when he vanquishes a hostile challenger in a duel to the death. Now the royal defender, El Cid pursues Chimene (Loren), a gorgeous noblewoman with an ax to grind, and goes on to unite all the warring factions in his home country against Moorish invaders.

King of psychological westerns and hard-boiled noir films, Anthony Mann turned his attention in 1961 to mounting a widescreen historical epic worthy of Cecil B. DeMille. The effort paid off handsomely: the set pieces are stunning; the orchestration of men, horses, and armies dynamic and thrilling to behold. At the heart of this real-life story of love and adventure is the interplay between Heston, always commanding in large-scale heroic roles, and the luxuriant Loren, playing his nemesis and future wife. Shot on location by DP Robert Krasker, “El Cid” has a grandeur equal in every way to its legendary namesake.