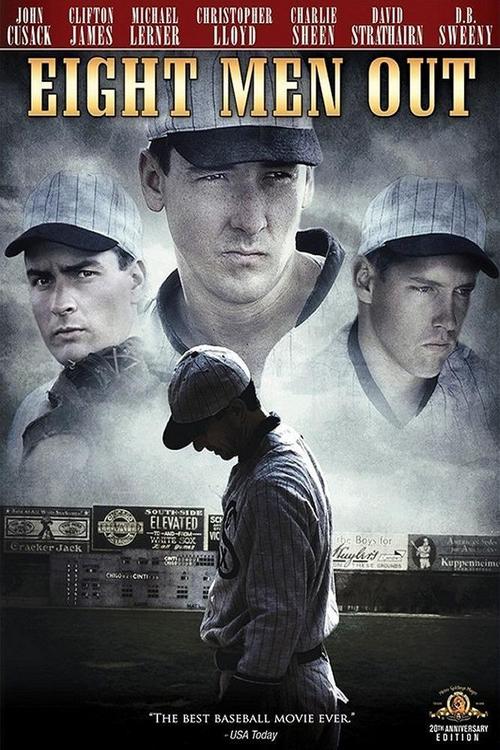 This pungent historical film recreates of one of baseball's darkest moments: the fixing of the 1919 World Series. Disillusioned with each other and in particular, their miserly team owner, Charles Comiskey (Clifton James), members of the Chicago White Sox – including Buck Weaver (Cusack) and Hap Felsch (Sheen) – were bribed by gambling interests to throw games. By the time they repent their ill-advised move, the damage is already done.

Writer/Director Sayles’s riveting slice of sports history feels totally authentic, with rich period flavor, and his smart, perceptive script does full justice to this tragic story, representing the worst blot ever on America’s national pastime. His cast of rising young actors is uniformly strong as well, including Cusack, Sheen, David Strathairn and D.B. Sweeney, who is particularly memorable as the shy, impossibly gifted Shoeless Joe Jackson. Look for author Studs Terkel – and Sayles himself – playing journalists of the day.