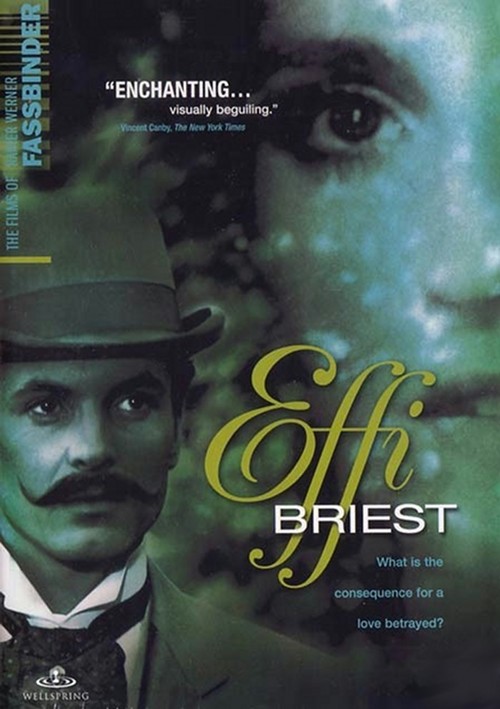 Effi Briest (Schygulla) is a precocious 17-year-old girl who, with the approval of her parents, agrees to marry an older count, Baron Geert Von Instetten (Schenk). Unhappy in her new home and longing for companionship, Effi begins an innocent friendship with an army major, Crampas (Lommel) that soon turns romantic. Years later, the Baron discovers the lovers’ letters, and challenges the major to a duel.

Fassbinder favorite Hanna Schygulla gives one of her saddest and most moving performances in “Effi Briest,” adapted from the 19th-century novel, playing a young woman exploited by everyone around her and ultimately cast out of her home for a short-lived sexual indiscretion. As always, Fassbinder is keen to reflect on the rigid social norms, then and now, that imprison us all. It’s a bleak, chilly story, but “Effi Briest” is formally dazzling (mirrors and frames are a thematic element) and absorbing