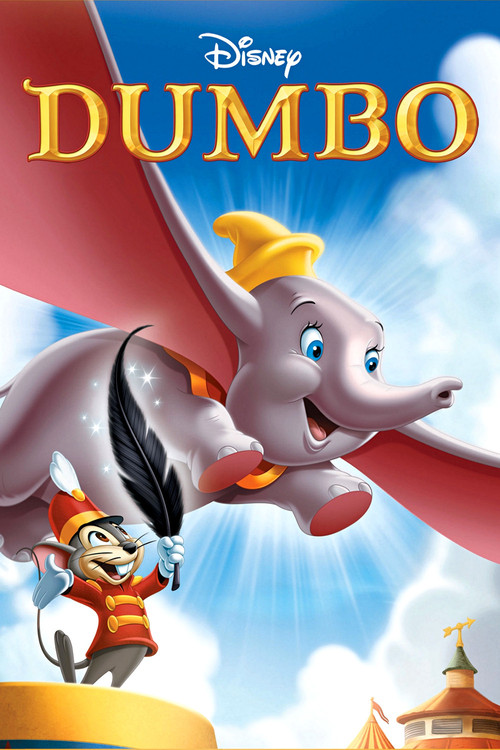 Born into a circus, baby elephant Jumbo's enormous ears single him out as different, and he's belittled by animal and human alike. Nicknamed "Dumbo," his mother tries to protect him, but she gets punished for it. Our hero's only friend is one Timothy Q. Mouse (voiced by character actor Brophy) who offers vital encouragement. Sure enough, with time, the very quality Dumbo is teased about becomes an asset, and the floppy-eared elephant begins a new and happier life.

Disney's fourth full length-feature (running just over one hour) remains a powerful, poignant family film, offering kids a clear and useful lesson on the virtues of tolerance. Dumbo's initial treatment is still hard to watch, since we've all witnessed similar cruel behavior among supposedly civilized, well-brought-up humans. The empathy we feel for this misfit elephant only makes his ultimate triumph more satisfying. "Dumbo" is a defining classic in Disney's awe-inspiring film legacy.