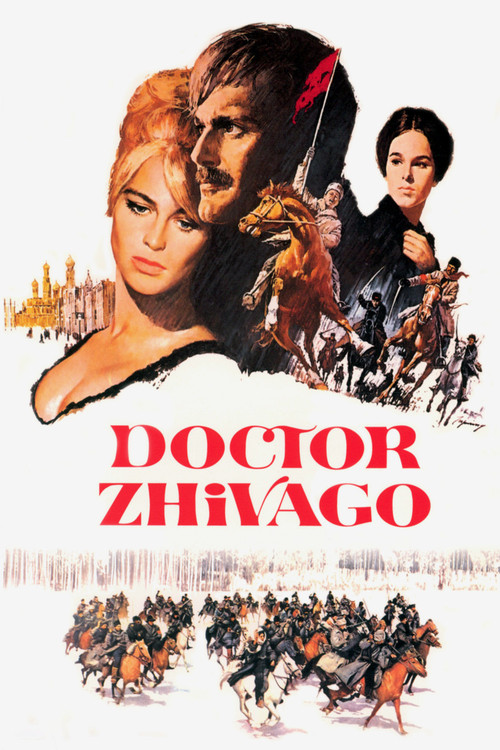 Though married to Tonya Gromeko (Chaplin), daughter of the couple who adopted him as a youth, poet-physician Yuri Zhivago (Sharif) nurses an undying passion for Lara (Christie), the lovely wife of a political rebel he meets during the First War. With the violent upheavals of the Bolshevik Revolution wreaking havoc in their lives and throughout Russia, will their passionate love survive?

Based on Boris Pasternak's Nobel Prize-winning novel, David Lean's third masterpiece (following "The Bridge On The River Kwai" and "Lawrence of Arabia") is a sumptuous, absorbing epic in the grand tradition of filmmaking. Sharif and Christie (often glimpsed in adoring close-ups) are ravishing to watch, as Lean turns an earth-shattering moment in world history into high romantic drama. Brimming with unforgettable images of the Russian steppes captured by Oscar-winning lensman Freddie Young, Lean's snowy, romantic spectacle is just what the "Doctor" ordered, with marvelous ensemble work by Rod Steiger, Alec Guinness, Tom Courtenay, and Klaus Kinski.